Nexus is the study association for the bachelor Computer Science and Economics, and the master ICT in Business and the Public Sector. Both of these studies are part of Leiden University, cooperating with the Erasmus University in Rotterdam. These studies combine economic knowledge with IT, making it a unique domain to study.

As Nexus, we organize fun and helpful activities to get to know one another and learn about the possibilities for your future. Our main vision is to support, connect and help students orientate within their fields.

After a very successful launch activity, Nexus started to become an established association for Computer Science and Economics students. Over the years Nexus has organized many events such as social drinks and inhouse days, and connected many students with their peers and companies.

ICT in Business and the Public Sector

We support students during their study. We organize workshops which can enrich your knowledge. We can offer personal guidance aswell for study-related subjects.

We make sure your time as a student in Leiden is fun and valuable. Join one of our social drinks or other events and get to know your fellow students!

With our partners and resources, we can help you to
orientate for your future career.

At Nexus we will help you to connect with other students and relevant organisations. This will help to expand your network.

Meet the third board of Nexus! These energetic students will be responsible for study association Nexus on a daily basis. They are committed to offering the optimal study experience for all Nexians during the current state of the corona pandemic, this will vary from interesting orientation events to fun gatherings.

The board members are: (From left to right) 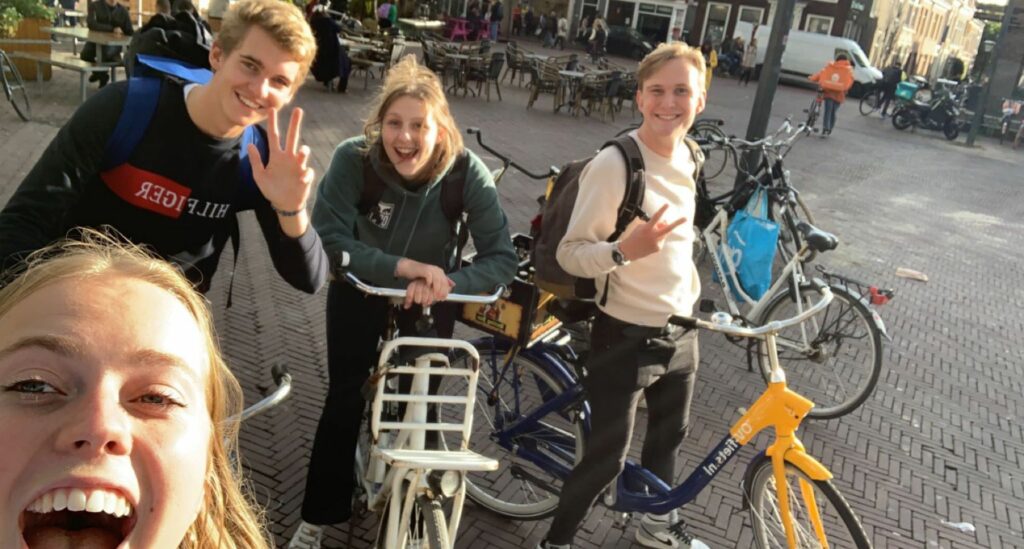